Brad Furber creator and moderator of Term Sheet Battle, was invited to moderate a panel discussion on terms sheets on Monday at Swedish Internet Days in Stockholm. This is what he had to say:

Last week I had the opportunity to return to cool Stockholm to participate in what English-speakers call the Swedish Internet Days – a very well organised, valuable two-day event.

Among the many sessions/tracks, the one I was most interested in, was the one focused on Swedish Startups. 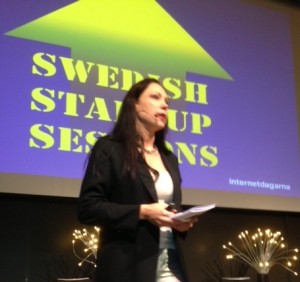 Annika Lidne, co-founder of Dramatify (@annika) served as the overall moderator for the Swedish Startup Sessions. The sessions included a number of local heroes going global, including, among others, Hjalmar Winbladh, co-founder and CEO of Wrapp, and Martin Kallstrom, co-founder and CEO of Narrative (fka Memoto). I knew Martin from his prior experience playing the role of the entrepreneur in the Term Sheet Battle Stockholm 2013 program. Since then, Martin and his team have closed rounds financing rounds with London and Silicon Valley VCs, so he’s certainly well honed in the term sheet battle negotiating black art.

A couple points outlined in the presentation (with sources cited) that seemed to surprise many Swedes in the room, including some on the panel, are the following:

Over the past 10 years, Sweden has attracted the 2nd most Venture Capital per capita of all EFTA countries (the 29 member states of the EU plus Iceland, Liechstenstein, Norway and Switzerland) (behind only Ireland).
Sweden is ranked 2nd in the Global Innovation Index (behind only Switzerland).

Another challenge/opportunity is the huge imbalance between seed and follow-on rounds of VC between the USA and Europe. Europe does not lag the USA by much when it comes to seed/early stage financings it’s when those ventures need growth equity that European ventures seem starved by comparison (what some have termed “subscale financing”). Unfortunately, there was not enough time to explore the implications, both for European entrepreneurs and financiers, as well as USA venture capital and private equity investors looking for deal flow outside the USA.

This was my second time in Stockholm. It’s a beautiful city, and the people welcoming and gracious. I can’t wait to go back to Stockholm… Term Sheet Battle Stockholm 2014 perhaps?