The first ever Term Sheet Battle in Berlin was a huge success. Charlotte Bilzer from Venture Village attended, and wrote the following rundown:

Last night, resisting temptation to spend the hot and humid Berlin evening by the river Spree with a chilled one, over a hundred people gathered at Homebase on Potsdamer Platz to witness Berlin’s first “Term Sheet Battle”.

On stage, it looked a bit like a chess game – with players poking over contracts and VC deals instead of a chequered board. Magdalena Böttger and Sven Morawek, co-founders of Berlin startup Look Mommy!, who are looking for seed funding at the moment, faced Bernhard Schmid, an investor with more than 150 negotiations and 15 exits under his belt.

The two sides went through a term sheet created for the evening paragraph by paragraph, trying to negotiate the best (fictional) deal. Brad Furber, an experienced securities lawyer and investor flown in from Copenhagen, stepped in every couple of minutes to call a time out and explain terms and how founders can try to tweak certain points to their favor.

It was a night for those contemplating building a company – and feeling they should know more about terms like “reverse vesting” (1.) or “single versus double acceleration triggers” (2.) before they might actually run into them. 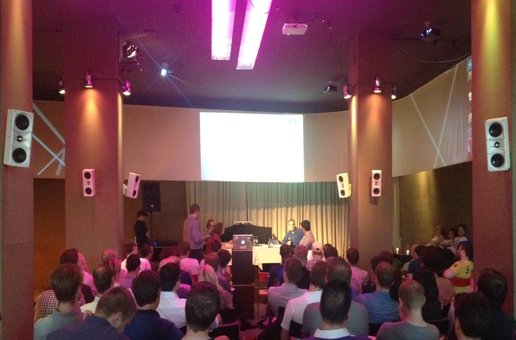